Posted at 12:48h in Child Wellbeing, Family by Romanita Hairston 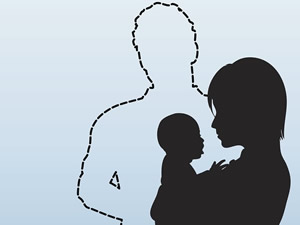 Let me start with a clarification: This post is neither a criticism of single parents, nor a condemnation of their status as “single.” I know single parents love their children just the same as married parents do, and that many of them make immeasurable sacrifices for their children’s futures. Rather, this post is meant to explore the experience of children in single-parent families, and the realities that single parents face. It’s probably one of my most academic blog posts to date, but I hope you’ll bear with me, because I think it’s worth it!

Often this conversation is focused on the reasons that people with children are single. We turn it into a moral conversation. While there may well be value in that discussion, I’m not sure we spend enough time understanding the practical impact of this reality – regardless of how it came to be. And I am sure we don’t spend enough time as a society discussing what we can do to help.

Researchers have proposed a number of theories for why children growing up in single-parent homes are at greater risk of cognitive, social, and emotional issues. Yet in more than 20 years of work and study in the field of child well-being, I’ve found that most research and popular opinion focuses on the economic and parental resources available to children, or on the environment in which children are raised. Specifically, the focus tends to be on environmental factors, such as stressful events and circumstances, to which these children must adapt.

To be sure, economic hardship is an issue. It can be very difficult for one parent to afford the books, computers, and learning aids that enable their children to succeed in school, or the clothes, shoes, and consumer goods that give their children credibility or status among their peers. This may be compounded by the economic necessity of living in neighborhoods with high crime rates, low-quality schools, and limited community services. Consistent with these observations, many studies have shown that economic disparities explain some of the differences in well-being between children with single parents and those with continuously married parents.

All of that research aside, all you have to do is spend time with kids to understand this reality. One example is James – a boy who I met when he was in the eighth grade, and who my husband and I invited, along with his mother, into our home for a time. It was clear that the two incomes in my household enabled my husband and me to do things that James’s mother could not, and that we had more time to give our children by the sheer fact that there were two of us. It was also clear that we had something to offer James and his mother by way of support.

Beyond the economic argument, one of the things that many miss in this conversation is a fairly obvious truth. Regardless of family structure, the quality of parenting is one of the best predictors of children’s emotional and social well-being. Many single parents do find it difficult to parent effectively while juggling the many other responsibilities involved in running a household. According to one study, compared with continuously married parents, single parents are less-emotionally supportive of their children, enforce fewer rules, dispense harsher discipline, are more inconsistent in dispensing discipline, provide less supervision, and engage in more conflict with their children.[i] Research has found that when fathers (usually the nonresidential parent) are closely involved, children have better outcomes.[ii] Children also thrive when their parents, regardless of whether they’re married, have a cooperative co-parenting relationship. When parents agree on rules and support one another’s decisions, children learn that parental authority is not arbitrary, and they experience consistent discipline when they misbehave. This consistency between parents helps children learn and internalize social norms and moral values. Another benefit of a positive co-parenting relationship is the modeling of interpersonal skills, such as showing respect, communicating clearly, and resolving disputes through negotiation and compromise. Children who learn these skills by observing their parents are much more likely to have positive relationships with peers and, later, with intimae partners.[iii]

While I am a personal believer in the two-parent household, I also believe in working past what is not ideal to achieve better outcomes for children. I believe we as a society can help separated, divorced, and never-married parents to give their children the social, emotional, and cognitive foundation they need to thrive and succeed. Like my husband and I did for James and his mom, two-parent families and single people without children can offer practical and emotional support to single-parent families. This is a matter not of responsibility, but of compassion. We paint the future with the brush strokes of the decisions we make every day as we weigh our personal good against the common good. I can’t make these decisions for anyone, but I want to encourage us to lean into the reality that children function and develop optimally with two parents, and that when that system fails, they need other caring adults.

Ron Haskins, in his article “Poverty and Opportunity: Begin with Facts,” says:

“Between 1970 and 2010, the percentage of 35-year-old women living in married-couple families with children fell from about 78 percent to 50 percent, while the percentage of women who were single and living with children more than doubled from nine percent to over 20 percent.[iv] This demographic trend has two major effects that work against our goals of reducing poverty and increasing mobility. First, children in single-parent families are four times as likely to be poor as children in married-couple families. Thus, the rising share of children in female-based families is a major force pushing up the child poverty rate. No one thinks being reared in poverty is good for children and their development. Second, there is now all but universal agreement that the best rearing environment for children is a married-couple family. Not only do married-couple families have more money to invest in their children, but they also spend more time with their children and use child rearing techniques that are more conductive to child development.” 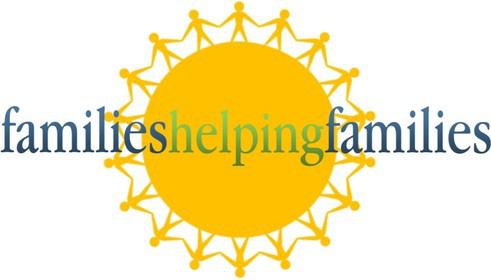