The death of Trayvon Martin more than four years ago highlighted the highly-dangerous world many young people in the United States must negotiate every day. Often these cases make the headlines, and they are forgotten as new headlines emerge, or they move to the back of our minds.

Afterward, Sanford police said they could not arrest Zimmerman under Florida’s “stand your ground” law which allows people to use deadly force if they fear death or serious injury. The case sparked outrage when it was revealed a police dispatcher told Zimmerman shortly before the shooting that he should not follow Martin, and that the more slightly-built Martin was unarmed, carrying only a bag of candy and some iced tea.

The case is not just about self-defense. It is also about the prejudice that exists in our country today. Unfortunately, the years following Martin’s death have included increased instances of race-based violence, increased youth violence, and increased racial tension. According to Amnesty International, “In places like Chicago, more young people are dying due to violence. From 2008-2012, almost half of Chicago’s 2,389 homicide victims were killed before their 25th birthdays.”

Concerns about race relations in the U.S. have also risen due to a series of deaths of unarmed blacks at the hands of police officers. 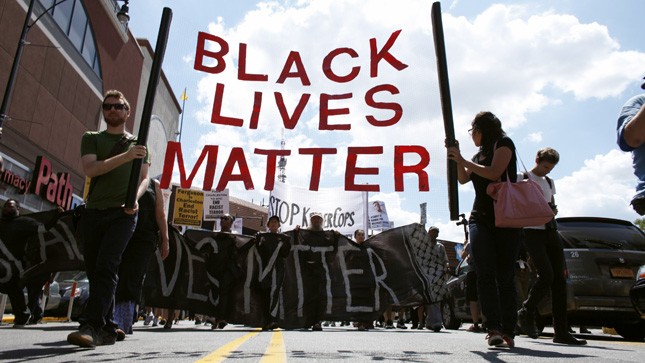 It’s deeply saddening that one of the first thoughts someone might have about any child standing or walking on the street is that they must be doing something wrong. Kids have become the enemy. We don’t know their culture, and we often make a lot of negative assumptions. We believe they are the violent neighborhoods in which they live. We assume they prefer violence.

Research shows we can change outcomes for young people in high poverty neighborhoods with positive options such as employment, extra-curricular activities, and educational enrichment programs. We must avoid believing skin color or neighborhood define a child’s character. They do not at all!

We’ve learned that young people can be powerful agents of change. In fact, we should work alongside them to advocate and promote change in their communities. World Vision sees young people as an asset — uniquely created individuals with access and ability to change society.

I have found that young people are deeply concerned about the level of violence they are exposed to in their neighborhoods and homes. They have lost friends and relatives due to senseless killings. When we come alongside them, they will press local and national political representatives to support legislation to stem violent crime.

The Trayvon Martin case shows that “stand your ground” is among the legislation that needs to be reconsidered as it too easily allows an individual to escape responsibility for their actions.

While World Vision does not work on this specific law, I personally believe “stand your ground” is fundamentally flawed, if it allows anyone to simply say, ‘I felt threatened, so I killed him/her.’ The case highlights the issue of violence. It also highlights the issue of race. It is no secret to any of us now with all the national media, that we have a long way to go on race relations.

“Not only are far more Americans — no matter their race or political beliefs — worried about race relations, Americans have also become less satisfied with the way blacks are treated and more likely to list race relations as the most important problem the nation faces.”